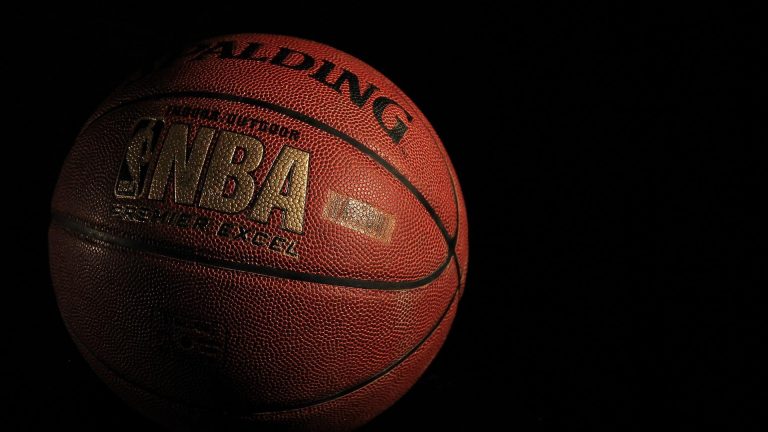 It would be fair to say that this NBA season has been unlike any other Kyrie Irving has played through. The Brooklyn Nets star elected to avoid vaccination against COVID and, as a result, missed vast chunks of the season due to regulations and restrictions.

However, he has been hugely effective since returning to the court, but he still seems to garner a great deal of attention both on and off-court, and Game One of the Nets’ series against the Boston Celtics was no exception.

The Nets started the season as the big favorite for the NBA title, which would be the first the franchise has ever managed, and if you look over at sidelines.io, you’ll see that Steve Nash’s side is still among the front runners, currently placed at (+1400) to win the NBA Championship.

Irving played a key role in helping the Nets make it safely through the play-in tournament and top-scored with 39 points as Brooklyn lost to the Celtics in a hard-fought 115-114 opening game of the playoff series. During the game, Irving came in for a lot of abuse, and he responded, perfectly fairly, in a similar manner and isn’t apologetic about it either, stating;

“Look, where I’m from, I’m used to all these antics and people being close nearby,”

“And it’s not every fan; I don’t want to attack every fan, every Boston fan. When people start yelling ‘p—y’ or ‘b—-‘ and ‘f— you’ and all this stuff, there’s only but so much you take as a competitor. We’re the ones expected to be docile and be humble, take a humble approach, f— that, it’s the playoffs. This is what it is.”

The fact that Irving played for two seasons at the Celtics is clearly a motivating factor when it comes to the reception he received, but to be honest, wherever he turns up, he gets similar treatment, and frankly, it’s understandable that he would react. He is, after all, human.

Given that the treatment he received didn’t affect his game, it would appear that Irving is indeed fueled by the attention; this is something head coach Nash touched upon after the game;

“This is a guy that’s made the game-winning shot in the Finals,”

Perhaps the massive positive that can be taken from this is the fact that Irving is showing just what he is capable of when he’s playing, rather than other off-court issues taking center stage.

You can guarantee that Irving will play a massive role in the Nets’ push to edge past the Celtics, and we wouldn’t bet against Brooklyn booking safe passage to the Conference semi-finals.