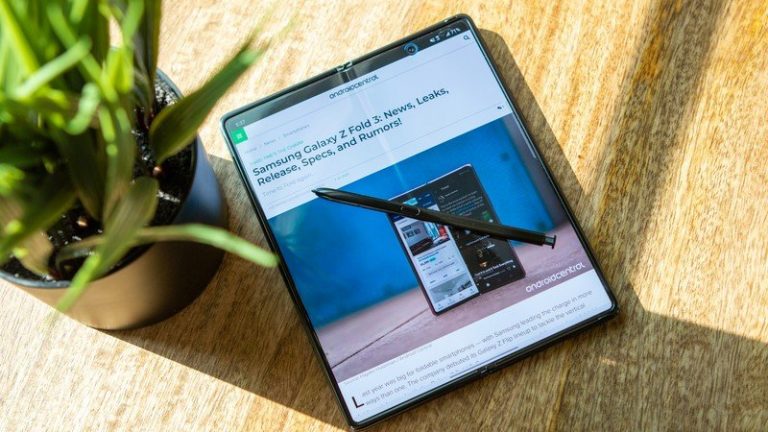 When the Galaxy S21 Ultra was announced, Samsung also introduced S Pen support via two different S Pen models. While the non-Bluetooth LE version has been available since January, the S Pen Pro has been conspicuously missing, practically forgotten. That’s all changed now, as the Samsung S Pen Pro was spotted passing through FCC regulations (via The Verge).

Along with revealing that the S Pen Pro was actually going to arrive, the FCC filing confirmed that Samsung is bringing S Pen support to the next best foldable phone. The Galaxy Z Fold 3 has been rumored to include S Pen support for months, and those rumors only grew in strength after Samsung confirmed that the Galaxy Note lineup was postponed for 2021.

In addition to being compatible with the Galaxy Z Fold 3, there is some backward compatibility to be found here. The S Pen Pro will work with any compatible “smartphone, tablet and PC that supports S Pen.” That said, it’s not entirely surprising that the Galaxy Z Fold 3 would support the S Pen Pro, as earlier FCC filings hinted at S Pen support, likely with a “Fold Edition” version of the pen that launched alongside the S21 series.

The benefit of the S Pen Pro is that it features Bluetooth LE so that you will be able to take advantage of the Air Actions that were popularized with older Galaxy Note devices like the Galaxy Note 20 Ultra and even the Galaxy Tab S6.

This latest “leak” comes after the assumed lineup of products slated to launch at the rumored Samsung Unpacked was revealed. Popular leaker, Evan Blass (@evleaks), shared 360-degree GIFs of everything we’re expecting to see, including the Galaxy Z Fold 3, Galaxy Z Flip 3, Galaxy Watch 4, and Galaxy Buds 2. With the event expected to occur in early August, we wouldn’t be surprised if more leaks crop up between now and then.

The best foldable that money can buy, for now

If you don’t want to wait for the next iteration, the Galaxy Z Fold 2 is the best foldable phone that you can get. It features a massive 7.6-inch folding display, complete with a variable 120Hz refresh rate, and is simply fun to use.

Getting the best case


The Galaxy S20 FE is the best phone, so it deserves the best case

Samsung unveiled the Galaxy S20 FE, and the device is sure to turn plenty of heads. With stiff competition in the mid-range market, it’s clear that Samsung wants to compete, and the S20 FE is fantastic. If you’re picking one of these awesome new devices up, make sure you pair it with a case to keep it looking awesome.