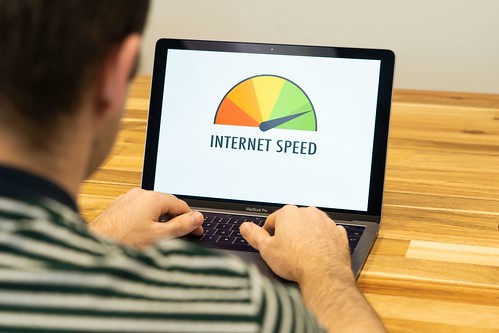 Whether you’re looking to purchase your first internet plan or upgrade to a new one, the change can be tricky. Developing technology can leave average users in the dust, but the world of home internet can be easier than you think. Take a quick look at some of the most commonly misunderstood aspects, and within just a few minutes you’ll know all you need to.

Before looking at what you can do, you need to take into account what you want to do. Some plans won’t be able to meet the demands of high-data use, while other plans will leave users paying for speed they don’t need. With that in mind, let’s look at how the spectrum works.

This is for users who utilize their connections in less-demanding situations. Browsing and playing games like the Pink Casino new slots is a perfect example, where the titles like Cleopatra and Mystery Reels won’t strain even a humble connection. Engaging in titles like these, or even streaming 1080p video content on one or two devices at a time can be easily possible with connections of 20 Mbps.

To know if you’re in the middle of the internet speed and data cost spectrum, the most obvious giveaway is how much you stream, and at what quality. Users with 4K displays will universally find themselves above this level. Here, the ultra-high resolutions, especially with multiple users, generate costs of at least 25 Mbps per active user, as noted at GVec. You can use this as a baseline to determine what kind of plan would be right for your household.

Users edging into the area of higher needs tend to be those with large active households or those who rely heavily on large gaming or media downloads. Torrent fans and gaming enthusiasts with regular Twitch streams in titles like CS: GO or WoW are going to occasionally put a connection through extreme stress. In these instances, where fiber can hit up to 1,000 Mbps as High Speed Internet reports, at least 100 Mbps is recommended.

Once you have a plan in mind, you also need to consider the type of router you want and the type of connection standard it offers. While most ISPs come with free or rent routers as a base offering, these can be simple models that lack modern features. Households with the need for many active connections might be better off purchasing their own Wi-Fi 6 capable router, for example, which The Verge explains has better support for multiple users.

Router location and signal penetration are also going to be a concern for those on the other side of the house. Walls and distance will both inhibit a Wi-Fi signal, in which case cables, range boosters, or powerline adapters should all be considered as possible solutions.

One final note for those who already have plans is that the cost of your service will almost definitely decline over time, but you won’t be notified. ISPs are all too happy to keep you paying the same for less speed, so be sure to head to their website to see if this is the case. If you don’t need an upgrade, you might be able to get the same speed while paying less, or if you prefer, you could end up with a faster plan for the same price. Whatever the case, either will leave you in a better place than where you started.