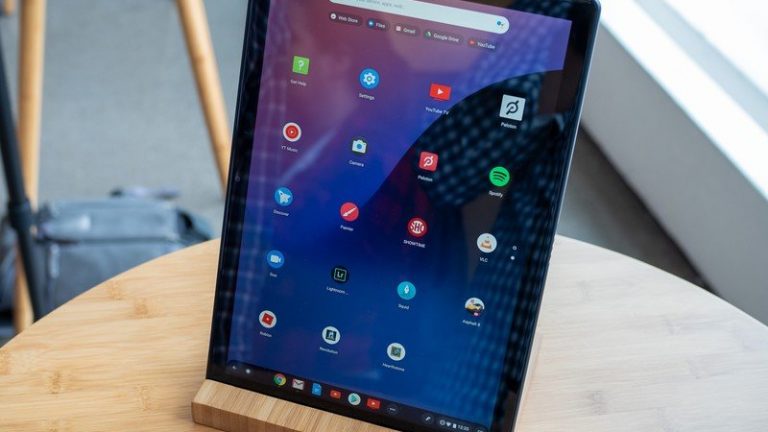 Google’s Chrome OS powers more than just laptops. From devices as large as desktops to small children’s tablets, the operating system is flexible enough to work on a variety of devices. While Chromebooks have been steadily creeping higher in price and specs over the past couple of years, the same can’t be said about Chrome tablets. Yes, we’ve seen some excellent ones like the Lenovo Duet, which perform well for their price. Still, it’s been a while since we’ve seen one that could take on the likes of the iPad Pro or Surface Pro and make a good argument for why you should pick it over those devices, and that’s a real shame.

The Pixel Slate was the first and last prosumer Chrome OS tablet.

Before Chrome tablets were a thing, Google once pushed Android tablets as iPad rivals. It had its own Nexus tablet line, and every other Android manufacturer had an Android tablet at one point. There’s an argument to be made that Android tablets are actually still successful on a pure sales front. Many of them are cheap and cheerful, and any tablet with a competent app store can consume content just as well as any other (something Amazon has learned very well with its Fire tablets). However, when it comes to “Pro” tablets, i.e. devices with beautiful screens, powerful processors, and chiseled frames that you would actually want to buy, the view becomes a bit more stark.

There’s also no Chrome OS competitor to the iPad Air as of this time.Source: Harish Jonnalagadda / Android Central

Currently, Chrome OS powers a handful of tablets. The Lenovo Duet is one of them, Asus’s upcoming CMO5 is another, and that’s really about it. If you want a Chrome OS tablet that’s as slick as an iPad and can handle being thrust into a work environment in 2021, you’re pretty much out of luck.

There’s a question to be asked about the wisdom of supplanting Android tablets with something new if Android tablets are still selling, but it’s a question of workflow and flexibility. It’s not that Android tablets are incapable of matching and surpassing the iPad Pro on a pure hardware level. Absent the processor (which is good enough already), the Samsung Galaxy Tab S7 series is just as nice, if not nicer, than Apple’s designs. Where neither iOS nor Android can surpass Chrome OS is its flexible operating system.

Powerful Android tablets are hobbled by their mobile operating system for professiional work.

Reviewing the Lenovo P11 Pro, both Android Central’s Ara Wagoner and Wired found that the Pro would have benefited from Chrome OS over Android. Much like the Microsoft Surface, a Chrome OS-powered tablet would have a touch-compatible operating system as well as a full desktop system running in the background. Unlike the failed Microsoft Surface RT (or any Windows 10 tablet really), there already exists a full-fledged fleet of mobile apps to be used in touch mode. In 2021, the web has matured enough that web apps can pull off a heck of a lot without desktop apps — but support for Linux apps and Windows apps via Parallels means that users can find a way around those restrictions if they wanted it bad enough. In other words, while some people may cry out for macOS on an iPad, Google’s Chrome OS is already halfway there.

The Lenovo P11 Pro would have benefited from Chrome OS over Android.Source: Ara Wagoner / Android Central

There’s also an argument to be made that Chrome OS thrives on the low-end and doesn’t need high-end specs. However, I’m not a fan of that argument. Google’s Pixel Slate tried to be a pro tablet with middling specs and ended up doing so poorly both critically and commercially that Google flat-out quit the tablet game. A “Pro” tablet would necessarily need high-end specs to be classed as “pro” so that it can handle more than the barest minimum.

Low-powered, low-priced tablets can’t compete with the iPad or Surface for prosumers.

Reading the tea leaves, there might well be one such tablet on its way. Spotted last year by Chrome Unboxed. Chromium commits have revealed an upcoming Snapdragon-powered Chrome tablet with a QHD 3:2 display. If released, this would be a high-end Chrome OS tablet with pen support, a display ratio that’s just about perfect, and a processor equipped to make the best of Android apps. Google has signaled that it has big plans for Chrome OS this year, and has also said that we should expect some big announcements at its forthcoming I/O conference. It’s not beyond the pale that we may see some genuinely interesting hardware there in just over a month.

Google’s Chrome OS operating system remains one of the more modern and most accessible operating systems on laptops. With so much work gone into making it tablet-friendly as well, it would be a shame if we never got a tablet that could really take advantage of all this operating system offers.


Review: The Snapdragon 7c holds back the Acer Chromebook Spin 513

Six months after its announcement, the Acer Chromebook Spin 513 is finally available for purchase. The Snapdragon 7c processor inside is drawing a lot of attention while not drawing much battery power, but even after six months, that processor still needs optimization for Chrome OS.