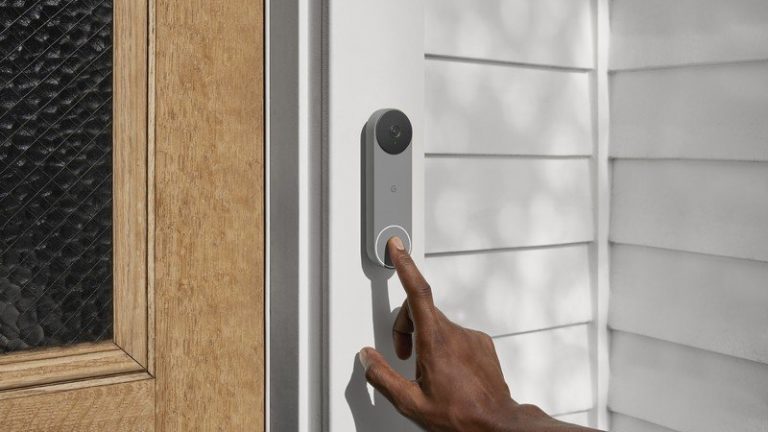 Google launched its new Nest Doorbell and cameras early Thursday, complete with sleek designs and rechargeable batteries. While Google touts the added convenience and flexibility of battery-powered smart home devices, one notable limitation that may hinder the Nest Doorbell is the lack of 24/7 recording.

It was a feature found on the previous Nest Hello, which has now been renamed “Nest Doorbell (wired).” If you were subscribed to Nest Aware, you could continuously record up to 30 days of video history.

Given the nature of the new Nest Doorbell, it’s not surprising that this has been limited to 30 or 60 days of event history, meaning it would only start recording when it detects things like packages, vehicles, people, or animals. The doorbell can last up to seven months on a single charge, but with more events to track, that can easily dwindle to just a month before needing a recharge. However, Google says that the device isn’t capable of continuous recording even when the device is plugged in and continuously charging.

It’s an odd omission because the new battery-powered Nest Cam is capable of up to 10 days of continuous recording when plugged in. It’s not clear why Google limits the Nest Doorbell, and the company wasn’t immediately available to clarify when we reached out, but Android Police notes that its due to the size of the doorbell affecting internal thermals, particularly when faced with direct sunlight.

Despite the limitation, the Nest Cam is already equipped with some features that are normally only available behind the Nest Aware paywall, including Activity Zones that will only trigger recordings when motion is detected in a certain area and the aforementioned intelligent alerts people and object-specific events. This alone could put it ahead of some of the best smart doorbells.

Of course, in order to get some of the more robust features like Familiar Face detection and extended recording, Nest Doorbell and Nest Cam owners will have to sign up for Nest Aware. According to a support page, the new Nest products aren’t compatible with the 1st gen Nest Aware subscription, meaning you won’t be able to grandfather yourself in.

Of course, while the new Nest Aware and Nest Aware Plus have some limitations compared to the original subscription, they also add a ton of value that makes them worth considering for your smart home needs. That said, the 1st Gen subscription is still compatible with Google’s older nest products like the Nest Doorbell (wired).

Will the lack of 24/7 recording deter you from purchasing the new Nest Doorbell, or are you fine with the included smart features for event recording? The new doorbell is up for preorder today and goes on sale on August 24th, along with the new Nest Cam (battery).