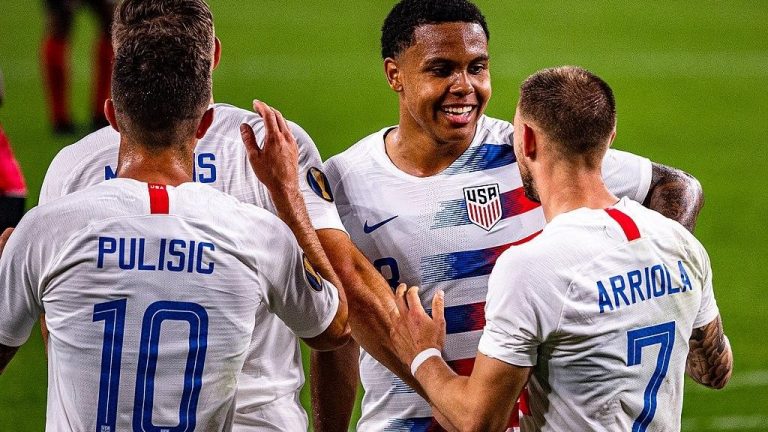 The 2022 FIFA World Cup in Qatar ended in the Round of 16 stage for the United States, but Gregg Berhalter’s 26-man squad can walk with their heads held high after giving a good account of themselves in the desert. It was the third consecutive World Cup where the United States crashed out during the Round of 16, but the future is bright for the current crop of soccer stars.

Progressing from Group B was always going to be a tall order due to the United States facing much-fancied England, Iran, and Wales. However, the United States finished in second place courtesy of a 1-1 draw against Wales, a 0-0 tie with England, and a 1-0 victory over Iran. The Netherlands was the United States’ opponent in the Round of 16, and Louis van Gaal’s men proved too strong, ultimately running out 3-1 winners.

Once Berhalter, his management team, and players have analyzed everything 2022 FIFA World Cup-related, their attention turns to the 2023 CONCACAF Gold Cup, the tournament the United States won in 2021. Then there is the 2026 FIFA World Cup, which the United States, Canada, and Mexico are hosting and have automatically qualified for as a result. Sports bettors in California and across the U.S. have plenty of reasons to be optimistic for the future.

While it is bitterly disappointing to exit a soccer tournament at any stage, the experience gained will stand the United States players in good stead. The 26-man squad Berhalter named had an average age of 25.2 years, making it the second-youngest squad of all 32 competing teams. Only Ghana (24.7) had a younger roster. In comparison, Iran (28.9), Mexico (28.5), and Argentina (27.9) had much older average ages.

The United States has the nucleus of a top international soccer team. Defender Sergino Dest plies his trade for Italian Serie A outfit AC Milan, while Antonee Robinson competes in the English Premier League for Fulham.

In midfield, the United States has the likes of Leeds United duo Tyler Adams and Brenden Aaronson, while Yunus Musah and Luca de la Torre fight it out week-on-week in Spain’s La Liga top flight. Then there is the highly-rated Weston McKennie of Juventus, a player with 41 appearances despite being a tender 24 years old. The fact Berhalter made Adams the national team captain despite Adams only being 23 years old speaks volumes about the combative midfielder.

The forwards are the one area that needs to improve over the next few years. The United States is overly reliant on Chelsea’s Christian Pulisic to put the ball in the back of the net. However, Timothy Weah is still only 22 years old, while Giovanni Reyna, son of USA legend Claudio Reyna, is a regular starter for German giants Borussia Dortmund.

What Next For the U.S.’ Young Stars?

All 26 players will return to their respective club teams before returning for international duty in late January. The United States play an international friendly against Serbia on January 26 before taking on Colombia three days later. Playing against top-tier opposition in friendlies combined with the experience gained at the 2022 FIFA World Cup is much more beneficial for the young American stars than taking on the likes of minnows Panama, Grenada, Honduras, and Jamaica.

Solid performances against Serbia and Colombia, then yet another deep run in the upcoming 2023 CONCACAF Gold Cup, will make the soccer community sit up and take notice of the special team Berhalter is building. Could they be legitimate contenders for the 2026 World Cup on home soil? Stranger things have happened.