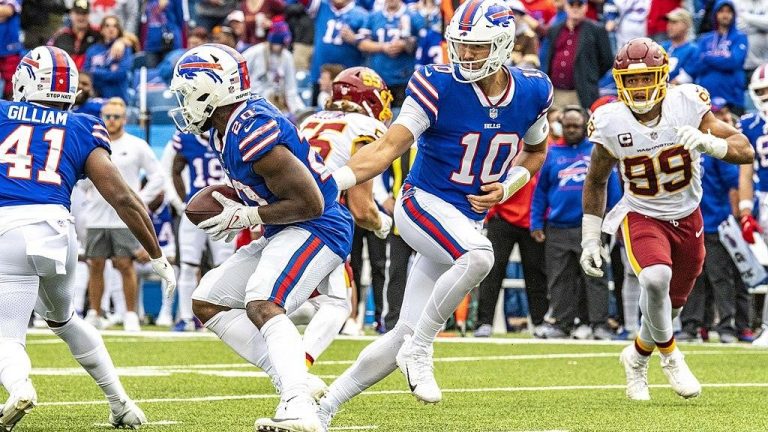 The 2022 National Football League (NFL) regular season is heading toward a thrilling conclusion, and the latest edition of the Super Bowl is less than two months away. While nobody knows which two teams will face off at Super Bowl LVII at the State Farm Stadium in Glendale, Arizona, long-suffering Buffalo Bills fans are confident and hoping it is their team’s time to shine.

A 30-Year Wait For A Fifth Super Bowl Appearance

The Buffalo Bills have failed to reach the Super Bowl since 1993, which is when they lost their fourth consecutive game. They came close in 2020 but lost 38-24 to the eventual champions, the Kansas City Chiefs, in the AFC Championship game. Last season, the Chiefs again were the undoing of the Buffalo Bills’ playoff run, beating them 42-36 in overtime in the Divisional Playoffs. Head coach Sean McDermott is confident his players have learned from the two recent near misses and now have the mentality to go on and secure a Super Bowl ring.

Obviously, any season that concludes with a Super Bowl victory is welcomed, but this season would be especially so for the Buffalo Bills. Not only is it 30 years since the Buffalo Bills last stepped foot on the field in a Super Bowl, but this could be the final season they play their home fixtures at the Highmark Stadium. Would it not be brilliant to say goodbye to their iconic stadium and become Super Bowl champions at the fifth time of asking?

The 2022 regular season got off to a flying start with an impressive 31-10 victory over reigning Super Bowl champions, the Los Angeles Rams. They followed what was a relatively straightforward victory over the Ram with a 41-7 demolition of the Tennessee Titans. Everyone in football predicted a similar outcome against the Miami Dolphins, a team in transition. However, the Miami Dolphins held on for a 21-19 victory, resigning the Buffalo Bills to their first defeat of the campaign.

Aiming For a Franchise Record

Four victories followed, leaving the Buffalo Bills with an impressive 6-1 record from their seven games. The team was living up to the lofty expectations of pundits and sportsbooks worldwide. However, back-to-back defeats away at the New York Jets and an overtime loss at home to the Minnesota Vikings left the Buffalo Bills with a 6-3 record, leading many to wonder if the team has the mental toughness required to become Super Bowl champions.

Whatever head coach McDermott said to his players after those two straight defeats worked because the Buffalo Bills won their next four fixtures. Sure, those were games the Buffalo Bills were expected to win, but you can only beat what is put in front of you.

At the time of writing, the Buffalo Bills only have four regular season fixtures remaining. They host the Miami Dolphins (8-5) and travel to the Chicago Bears (3-10) and the Cincinnati Bengals (9-4) before hosting the New England Patriots (7-6). The Buffalo Bills have a realistic chance of finishing the regular season with a 14-3 record, which would be a franchise record. They are all but guaranteed a playoff berth and anything is possible from that point onwards.