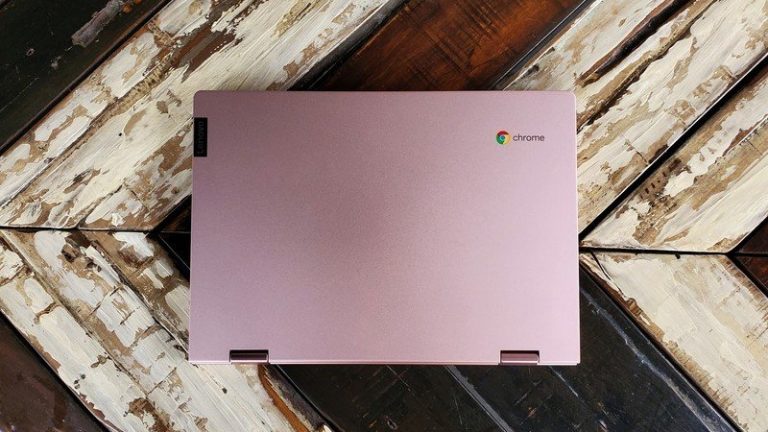 A year ago on Mother’s Day — go call your mother, by the way — most of us had been in lockdown for six weeks and were bracing for another 4-8 weeks. Schools were trying to finish out the academic year however they could, and finding a good Chromebook was starting to get difficult as millions scrambled for cheap communication and consumption devices amid a component shortage caused by manufacturing shutdowns during China’s lockdown.

Here we are a year later, and thankfully a lot has changed. While lockdowns are still impacting India — and please, donate to relief efforts if you can — vaccinations are continuing to roll out across Europe and North America, and many workers who have been working from home for the last year are getting the choice to start going back to the office. Schools are mostly back in-person and have been since October, so naysayers can no longer use distance-learning or a panicked rush to remote work to write off Chromebook sales rising 350% year-over-year or $275% year-over-year according to reports published in the last two weeks.

2020 sucked for humans but not for tech-makers.

Lenovo alone sold more Chromebooks in the first quarter of 2021 than all manufacturers did in Q1 2020, which is very good news for Lenovo but even better news for HP — who saw a 600% rise in Chromebook sales — and for Google, who was able to celebrate Chrome OS’s tenth birthday by boasting that 1 out of every 5 new computers bought in America today is a Chromebook.

Of course, these percentages are slightly less impressive when you see that the total Chromebooks sold in Q1 2021 was only 12-13 million, up from roughly 3 million a year ago. For comparison, there were just under 40 million tablets sold this quarter — a 51% bump over stagnant pre-pandemic sales — and 122 million PCs. 13 million Chromebooks looks like chump change compared to PCs, but what it really means is that Chromebooks have a lot of room to grow as they continue to compete with low and mid-range Windows laptops and with the best Android tablets.

Make no mistake, I fully believe Chromebooks will continue to compete and grow, and I’m not the only one. Technology analyst Carmi Levy agrees that “the pandemic has blown the doors wide open on what was once considered a niche solution,” allowing Chromebooks to show off their convenience for everyday users and their practicality for employers and remote workers.

“As organizations first pivoted to supporting mass waves of remote workers, the attributes that first made Chromebooks the darlings of education and other vertical markets – such as relatively low hardware costs, easy remote maintenance, and support, streamlined software and services updates, and robust data storage, backup, and security – became especially appealing to corporate IT in virtually all sectors. While traditional computing still has its place – and likely always will – for power users like financial analysts, designers, and content producers, there are millions of regular office workers out there whose needs are easily met by Chromebooks running ubiquitous and increasingly capable cloud-based services.”

Beyond big businesses, a growing number of people are buying Chromebooks for their homes for the same reasons: they’re inexpensive, hard to break and do everything they need them to. The r/chromeos subreddit recently discussed why they came to Chromebooks, and I was pleasantly surprised by the number of users who said they’d bought it for media consumption and security, not just lightweight web browsing.

Chromebooks are already swift, secure, and pretty darn simple to use, and with Google continuing to make the Chrome OS even better with each update, it’s all but assured they’ll continue to grow in popularity. I’m especially excited to see how their popularity expands as we get more Chrome OS tablets like the Lenovo Chromebook Duet and the upcoming ASUS Chromebook Detachable CM3. Maybe it’ll be enough to finally get Google to crack down on large-screen app design and scaleability the way they’ve failed to do with Android tablets for the last five years.

Chromebooks will need one more thing to succeed, though: an improved nationwide infrastructure for high-speed internet. From Carmi Levy:

“The pandemic has reinforced just how critical a solid, reliable, high-speed internet connection has become, and Chromebooks in particular lean heavily on connectivity. As telecom companies ramp up their investment in networks and consumers shift to better internet services, Chromebooks will naturally benefit from faster connection speeds, which will in turn drive demand for them.”

You can now narc to the FCC on how bad your internet is, but it’ll take years for the feds to do anything about it. Telecoms, on the other hand, got kicked in the pants last year by the demand of hundreds of millions of remote workers and distance-learning schoolchildren, and they should hopefully be investing in making sure they’re never put in that position again. At least rural areas that traditionally had zero meaningful internet options are starting to get viable choices like Starlink Home Internet and T-Mobile Home Internet.

In every home that has affordable, consistent internet, Chromebooks are becoming more and more attractive. Whether you need one for safe international travel, remote work, or just browsing the web on the couch, there’s a Chromebook for you, and its sales will lead to more exceptional quarters like this one.

More notes from this working weekend:

We’re now nine days from the start of Google I/O, so it’s time to start hyping myself up about all the things I want to see at the keynote this year that aren’t going to happen like a proper theming engine, a consistent and enforced design policy for widgets, a magical update that’ll make YouTube Music a competent music app with library management and metadata editing. What pipe dreams do you have for I/O this year?